THE BRONX, N.Y., May 21, 2020 – The Bronx Brewery today announced that Friday’s finale in its ‘Cheers to Heroes’ campaign will set a new single-day donation high, thanks to a little help from some NYC friends: the Brooklyn & Sixpoint Breweries and Bronx performing legend Richard ‘Crazy Legs’ Colón.

Since mid-April, The Bronx Brewery has matched all pickup, delivery & shipping orders in its new ‘Bronx Brewery Go’ shop with free end-of-shift beer for the front lines. To date, #CheersToHeroes has donated more than 7,000 beers across The Bronx and NYC – delivered by the brewery’s staff to hospital workers, EMS stations, clinics, those supplying meals to frontliners and more. || Match Your Order Through Friday >>

With the addition of Brooklyn and Sixpoint, that number will reach beyond 10,000 by the end of Friday.

“For all the ways the pandemic has upended our lives, it’s also proven over and over what we know at our core: that New Yorkers show up for each other,” said Bronx Brewery president & co-founder Damian Brown. “The front lines have held up this city on their shoulders for so long, and for us, being able to spread a little joy to our heroes has been the highlight of every week. We believe in beer’s power to build community, and we’re honored to have our friends at Brooklyn and Sixpoint join the effort on Friday.” 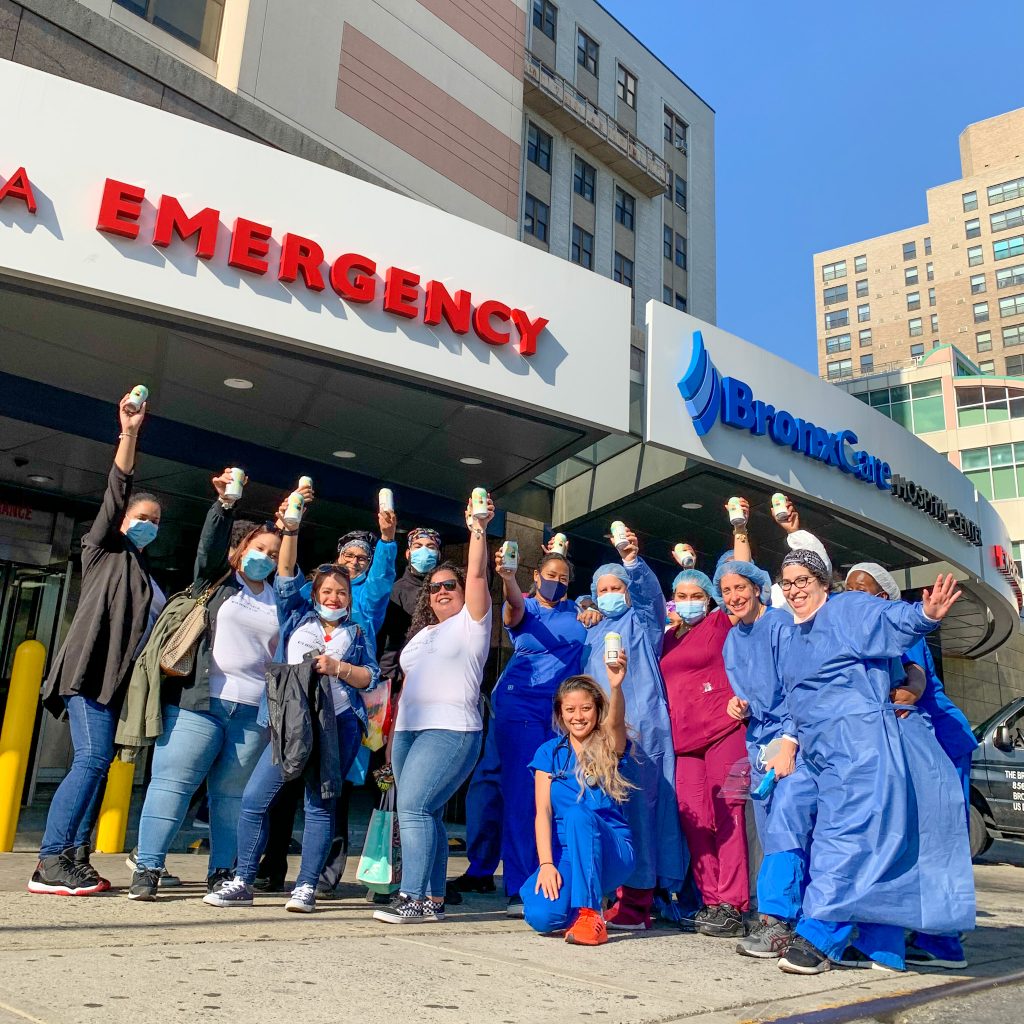 The three breweries have redoubled their efforts on community during COVID. In addition to the donation drives, The Bronx Brewery has worked to support its community with free hand sanitizer – made in tandem with Kings County Distillery. Brooklyn has placed its focus on supporting the hospitality industry through the Restaurant Workers Community Foundations. Sixpoint has supplied a stream of beer donations to first responders, in addition to supporting the hospitality industry.

“We know there is a ton of work ahead of us as New Yorkers,” said Jamie Fox, Sixpoint’s Event & Partnerships Director. “We are committed to doing what we can to help our communities that have been so supportive of us in the past.”

Not only will the collab increase the donation total – with a mix of all three breweries’ beers going out – it will also create the largest single-day delivery radius by a wide margin. Starting in Brooklyn, Friday’s drop also has stops planned in Manhattan and multiple locations across The Bronx.

Colón, a Bronx icon and co-founder of the Rock Steady Crew, will join for the Bronx portion of Friday’s drops. The legendary performer has become a world-renowned humanitarian, most notably for his efforts around Puerto Rico relief. Earlier this year, the Brewery and ‘Legs’ partnered for a donation campaign around the devastating earthquakes that rocked the island in January.

Additionally, The Bronx Brewery has created custom ‘Thank You’ editions of its Summer Pale Ale for the final leg of the campaign. Each label features the signature Summer design, with a thank-you letter from the brewery to first responders on the side – along with a box where recipients can write in the names of their front-line heroes.

Though the weekly drop-offs are set to end on Friday, the #CheersToHeroes campaign will continue on Bronx Brewery Go through Memorial Day, with the brewery adding custom Thank-You 6-packs to orders going to the front lines.

MATCH YOUR ORDER THROUGH FRIDAY >>