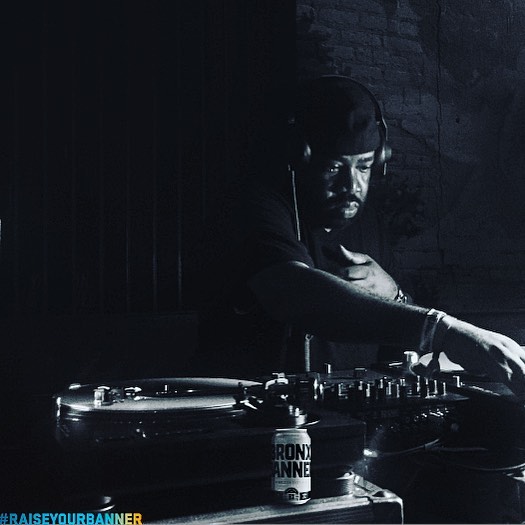 We’ve been lucky enough to share a few beers with @lordfinesseditc as he’s shared his craft with us and our brewery’s visitors on multiple occasions. While his story speaks for itself, Finesse continues to make stuff happen everyday as a crew member, through solo DJ’ing, and simply by carrying around a positivity & thoughtfulness that he shares with everyone he comes into contact with. Our Golden Easy Ale, Bronx Banner, was inspired by Lord Finesse and those like him
—
Born & Raised in The Bronx, DJ Lord Finesse is best known as a member DITC Crew and as a highly respected member of the hip-hop community who worked with legends such as Big L, Dr. Dre, Notorious BIG, Fat Joe, O.C., Diamond D and others. He’s also the voice on Fat Boy Slim international hit “Rockafeller Skank”. His discography as a solo artist includes 3 albums – The Funky Technician, Return of The Funky Man, and The Awakening. We suggest you, throw one of his albums on rotation and enjoy the way it was meant to be.