Sweet and hoppy strike a balance in this orange creamsicle inspired Milkshake IPA.

Remember those Creme Savors candies from the 90s – the orange and cream ones? Graphic designer, entrepreneur and Y-Series artist Steve Lucin remembers them and they acted as his inspiration for the flavors in our April Y-Series release, C.R.E.A.M.

Full-bodied and lush, this Milkshake IPA is big and bright with juicy bursts of citrus from orange peel, but finishes smooth and sweet thanks to additions of vanilla extract. Jarrylo and Bravo hops help to enhance the orange flavor and balance the sweetness.

No, this isn’t a new Wu Tang collab, the name C.R.E.A.M. is an acronym for “Creativity Reveals Everything About Me” a phrase borrowed from Steve’s business partner Alex who had come up with it several years ago, and a motto that Steve takes to heart.

A graphic designer by trade, Steve is also a perpetual learner who’s ability to pivot has taken his career from design to animation to virtual reality and projection mapping. Not only does Steve offer virtual event and rebranding services for his own personal business he’s also the founder of nightlife marketing company Halucinated Studios, and the founder of Support Creativity, a non-profit organization that supports young creatives through scholarships, mentoring services, and professional development.

Steve originally developed Support Creativity in 2012 after he mentored a high school student who was “the best animator” but only a so-so student and there were no animation scholarships or resources for the student to take advantage of. When the student then found out that they were undocumented, it seemed like higher education would be completely off the table.

“He reminded me of myself,” Steve said. “I thought it was unfair for him to not be able to achieve goals because of documentation that he had no control over.”

It was then that Steve committed to saving $100 a month of his own money to giveaway as a scholarship at the end of the year. Through posting online, Steve was able to raise enough to give away two scholarships at the end of 2013. Since then, Support Creativity has awarded more than $40,000 in scholarships to young creatives.

And a mural created at a past Support Creativity event helped to inspire the can art for C.R.E.A.M.

At this event, a group of artists had created a mural of a black and white “coloring book” outline that guests at the event then filled in with brightly colored paint. With this in mind, Steve started on the C.R.E.A.M. label by collecting elements of NYC and the art community and layering them until he had a good base and then layering some more. All in black and white and all with the potential to be filled in.

And to celebrate the release of C.R.E.A.M. we’re going to color the label! On Saturday, April 2 from 3 to 9 PM we’ll have the label blown up on a canvas in The Backyard with paint markers on hand for anyone to help fill it in! There will also be live performances from Fhloston, Madflava, Chet Gold, and Bembona – and of course lots of C.R.E.A.M.

A portion of the proceeds from the sale of C.R.E.A.M. will go to Support Creativity.

A creative entrepreneur, Steve Lucin helps passionate visionaries rebrand and produce virtual events so they can serve those they love. 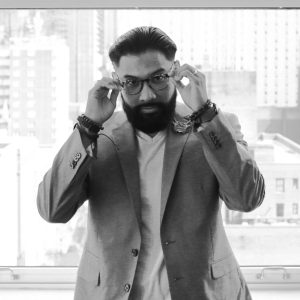