Delicate but spicy. Dry but zesty. For women everywhere.

First created by French-speaking farmers in southern Belgium centuries ago, Saisons (French for “season”) were brewed for thirsty farm hands to drink while they worked during the summer months. Typically characterized by a low ABV and a dry finish – there aren’t many other elements that truly define a Saison.

Because farmers had used whatever they had on hand at the time to create these brews, the style varied greatly from batch to batch, and because the parameters of their recipes were so loose, the style continues to vary to this day.

GEMS Like Us drinks tart and dry, with peppery notes that you’ll find in many Saisons. Pink peppercorns and late addition Sterling hops add zesty and floral highlights. An easy-drinking, approachable brew, GEMS Like Us is as unique as the women that it celebrates.

Because March is Women’s History Month, we wanted to be sure that we were honoring the stories of women everywhere with this release, so when considering an artist, Bronx native and documentarian Adiana (Adi) Rivera quickly came to mind. We had previously worked with Adi on one of the labels for last year’s People Power Porter, and hosted the premier of her documentary, “No Hablo Espanol,” her own personal story exploring what her Puerto Rican heritage means to her.

We then linked Adi up with a local anti-trafficking organization called GEMS, who we had been previously introduced to. GEMS – or Girls Education & Mentoring Services – works to empower commercially sexually exploited and domestically trafficked girls and young women and we knew they would be the perfect beneficiary for this Women’s History Month release.

“It means so much to me that my art could bring attention to [GEMS], to women who have experienced things that I will never have to experience,” Adi said. “For me it solidified what art can do for [causes] who may need more attention.”

With the intention of representing GEMS while staying true to her work, Adi thought a lot about identity and landed on a vital aspect of personal identity for many women.

“The first thing that came to my mind was hair,” she said.

Adi’s hair played a big role in her own growth as an artist. After years of straightening her curls, she began to feel more comfortable in her natural hair once she started attending events in the Bronx art community.

Around that inspiration, Adi created a collage of images representing all the things that make up the woman on the can, including images of her neighborhood in Kingsbridge and a Fordham jewelry storefront as a nod to GEMS.

Just like saisons can’t be truly defined, neither can the journeys or stories of women. Whether their journeys include an escape or a search for connection, we honor their stories with the release of GEMS Like Us.

Adiana Rivera, above all, is a storyteller. Whether her role in a project is that of a documentarian, director, cinematographer, photographer or video editor, she will be telling a story. Your story, her story, their story. 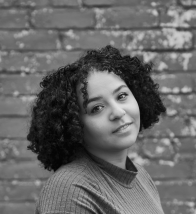 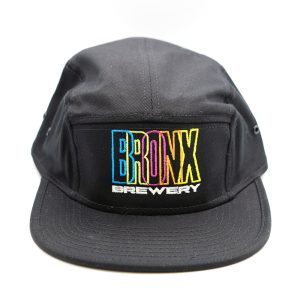