BACK TO THE SHOP

HOLD THE ALCOHOL. NOT THE HOPS.

Get it exclusively here and in The Backyard!

Queen Andrea is a NYC-based fine artist, muralist, graffiti artist, typographer and graphic designer. A die-hard native New Yorker raised in downtown Manhattan, Andrea has been deeply inspired by the urban landscape from an early age. Her style is consistently marked by a bold use of color, design and advanced typography. As a young teen part of a newer generation of early 1990's graffiti writers, she befriended some of the most prolific old school subway graffiti writers and diligently taught herself the complicated artform of graffiti by consistently practicing her letters and eventually developing her own unique style. She earned a BFA in Graphic Design and began a successful career, working for worldwide brands who appreciate her versatile and passionate knowledge of typography, branding and visual communication. Her work has directly impacted graffiti, streetwear and urban culture. Andrea has spent nearly 20 years perfecting her graffiti and typography skillset and she is now one of the most notable female graffiti artists in the world. 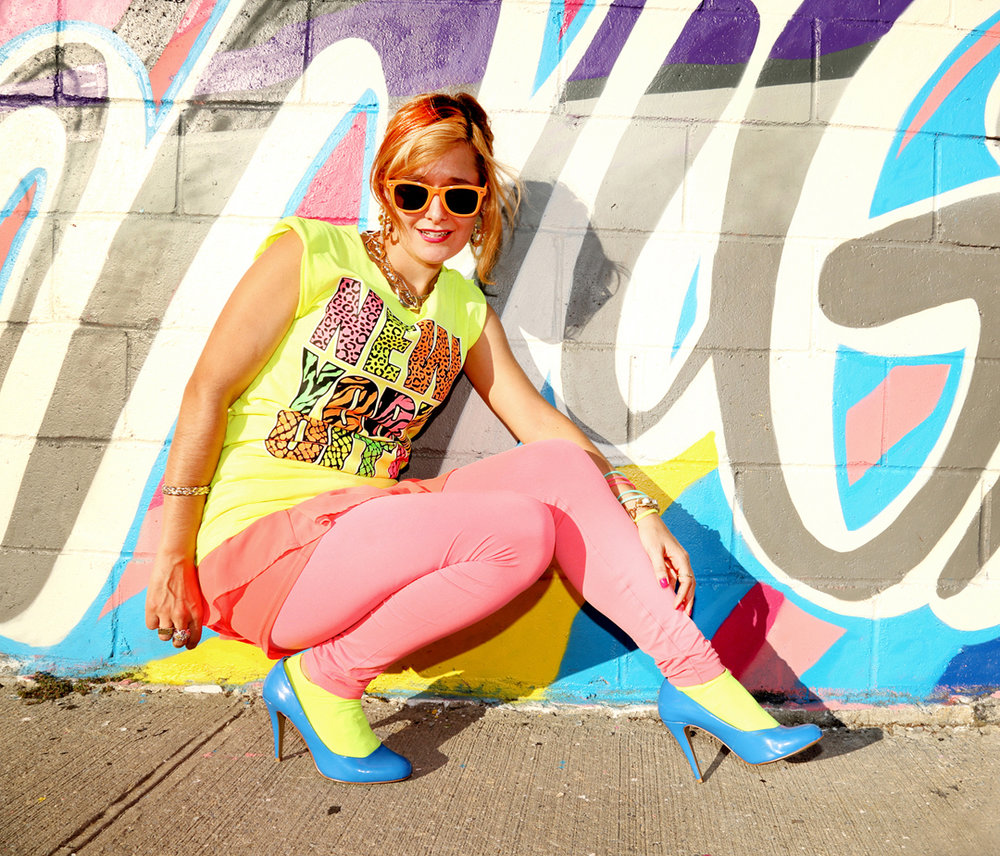