View cart “Perico Limited 12oz Graphic Glass” has been added to your cart.

A NEW KIND OF IPA, FOR A FALL FEELING THAT GOES MORE THAN SKIN DEEP.

>> Get an Up and Comers Membership to receive one of 250 limited-edition 4-packs, featuring art from 4 Tuff City artists

We linked up & inked up with Bronx Tattoo Legends Tuff City to help design the label for this fusion of a hazy IPA & a classic pumpkin ale.

Made with pumpkin & seasonal spices, you’ll get this one in waves.

The fall spice hits first, with big notes of cinnamon, nutmeg & allspice. The hops take over from there, bringing a little warmth & pine notes, before giving way to a soft & subtle vanilla-spice on the finish.

One of NYC’s most iconic tattoo shops, Tuff City is a cultural institution in the Bronx, loaded up with world-class tattoos artists, classic NYC graffiti and a train to paint.

Established in 1993 by Bronx Graff writer MED, TuffCity began as a Tattoo shop made up of artists with a background in graffiti. What started as a tattoo shop slowly turned into a gathering place for street artists from around the world. Artists traveling to New York began making a pilgrimage to TuffCity to meet the resident artists and hopefully have an opportunity to paint. In 2007 TuffCity aquired a space that finally had an outdoor wall space and a mock MTA subway train for visiting artists to be able to express themselves. TuffCity continues to have visitors from countries all over the world share stories and create amazing works of art. Tuff City is the official MTN paint shop in NYC and we sell paint and art supplies for all artists to create. 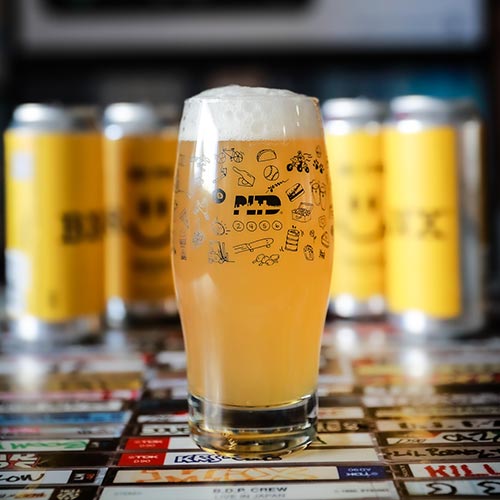