Heavy is the head that wears the crown! Or Drinks it!

Heavy is the head that drinks the crown for this Y-Series release, Three Kings!

A trifecta for the tastebuds consisting of a triple malt blend, including Pilsen Malt for a crisp and delicate base flavor, Carapils Copper Malt for color, caramel malt flavor, improved mouthfeel, and head-retention and Abbey Malt for biscuit and honey flavor nuances fit for royalty! Belgian Candi Sugar was also used to improve fermentability, as is typical for this style. Hops selections include Willamette for spicy, grassy notes, Hallertau Blanc for fruity, wine-like flavor and aromatics, and Tettnanger for floral and herbal aroma.

The name Three Kings is a reference to the number of members in Fernando’s agency “The Fox and King” (TFAK), a Bronx-based music and artist development agency well as the three inspirational genres of music that heavily influence Three Kings which are Rock, Hip-Hop, and Reggaeton.

“Growing the bands graphic identity and leaving a lasting impression with fans and supporters is the most important thing” said our October Y-Series artist, graphic designer Fernando Michael.

“It’s about establishing a strong visual moniker thats has meaning, mood, and presence.”

“Three Kings has cultural significance to us as it invokes the hispanic holiday “Three Kings Day“, it mirrors the three points behind The Y-Series’ Mission (Creativity, Community, Inclusivity), as well as what we consider the three pillars of music within in The Bronx (Hip-Hop, Latin, Rock). Lastly, it invokes a royal aesthetic around both us as a collective as well as everyone living in the borough. We’re all kings and queens in The Bronx.” he said

The design of the can takes inspiration from all the genres of music that make Three Kings what it is. Since the age of 10 Fernando has been involved with drawing and other mediums which eventually brought him to graphic design. While some people are accustomed to using the Adobe Creative Suite to design for the masses, Fernando has been designing exclusively on Canva.

With 10 years under his belt in the creative space it’s all about elevation at this point! Making graphics, products, and events that resonate with the community is a top priority. The intersection of music, art, and people is one you can’t escape and Fernando’s decided to partner with WHEDco!

The Women’s Housing and Economic Development Corporation (WHEDco) is a community development organization founded on the radically simple idea that all people deserve healthy, vibrant communities.  We build award-winning, sustainable, affordable homes – but our work is not over when our buildings are complete.  WHEDco believes that to be successful, affordable housing must be anchored in strong communities that residents can be proud of.

Fernando Michael is a Bronx-based musician, graphic designer, and entrepreneur growing his reach using art, music, and community! The design of this can takes inspiration from the number of members in Three Kings as well as the various genres of music that have inspired the groups journey since it's inception. Fernando has teamed up with WHEDco to help build better communities here in The Bronx! 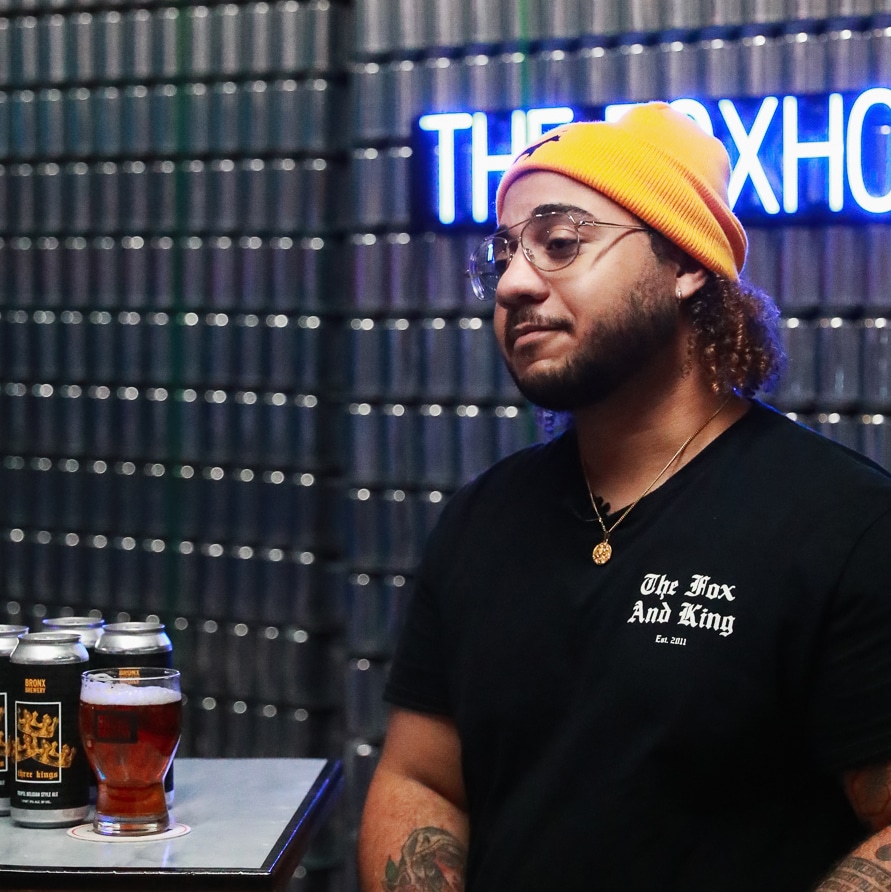