WELCOME TO SIDE HUSTLE

bECAUSE EVERYBODY NEEDS ONE.

TAP TO BUY THE SELTZERITA

THE SIDE HUSTLE SERIES

The Bronx Brewery's new Side Hustle Series has become our playground. Our test lab.

From seltzers to cocktails & more, it's our way of spreading joy by pushing our boundaries beyond beer. Because we think everybody needs to test their limits.

And everybody needs a Side Hustle. 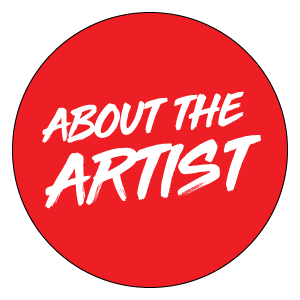 Queen Andrea is a NYC-based fine artist, muralist, graffiti artist, typographer and graphic designer. A die-hard native New Yorker raised in downtown Manhattan, Andrea has been deeply inspired by the urban landscape from an early age.

Her style is consistently marked by a bold use of color, design and advanced typography. As a young teen part of a newer generation of early 1990's graffiti writers, she befriended some of the most prolific old school subway graffiti writers and diligently taught herself the complicated artform of graffiti by consistently practicing her letters and eventually developing her own unique style. She earned a BFA in Graphic Design and began a successful career, working for worldwide brands who appreciate her versatile and passionate knowledge of typography, branding and visual communication.

Her work has directly impacted graffiti, streetwear and urban culture. Andrea has spent nearly 20 years perfecting her graffiti and typography skillset and she is now one of the most notable female graffiti artists in the world.

the seltzerita: a new kind of hard seltzer

For the first time in 2 years, we’ll be able to get together again this summer.

And to celebrate, we're coming together with our friends at Ilegal Mezcal to combine a bright grapefruit, lime & bravo-hop hard seltzer with Ilegal oak staves -- and label art from NYC and Mexico City -- to help get the party going.

Ilegal is the leading artisanal mezcal in the U.S. It is from Oaxaca, Mexico and made with sustainable espadin agave. It is smooth and approachable, and perfect for drinking neat or in cocktails. It’s called Ilegal because the owner used to smuggle it out of Mexico to Guatemala when he first started the brand. There are some pretty crazy stories.

This limited drop features two labels in each 4-pack -- including a brand-new drop from Queen Andrea (aka Andrea von Bujdoss). The creative lead behind the Side Hustle Series brings her vibrant, energetic and dynamic typography and design to first label with a celebratory atmosphere over a geometric pattern.

On the second label, the Mexico City-based Gran OM and Kloer take inspiration from Andrea’s design and weave them into a Tree Of Life motif, with Ilegal’s signature raw and unapologetic style.

find out about new drops first

Sign up for BXB News for exclusive offers and and inside look at the Bronx Brewery world -- and get a chance to win an exclusive Black Moon Rising gift pack, featuring a book from Mecca, a coloring book for your sign and a free 4-pack of beer!

Thanks for subscribing! Please check your email for further instructions.

Something went wrong. Please check your entries and try again. 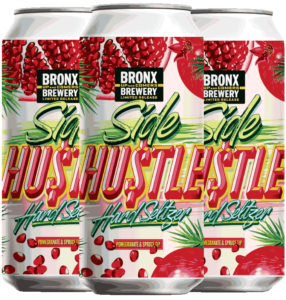 Heading into our 10th anniversary we wanted to do something a little different and try something we'd never done before: a brand new take on a craft seltzer.

Soft, Pilsner-like bubbles in tandem with subtle, natural flavoring create a sweet, yet tart hard seltzer that you'll only find here - from BXB Go - or in our Backyard. 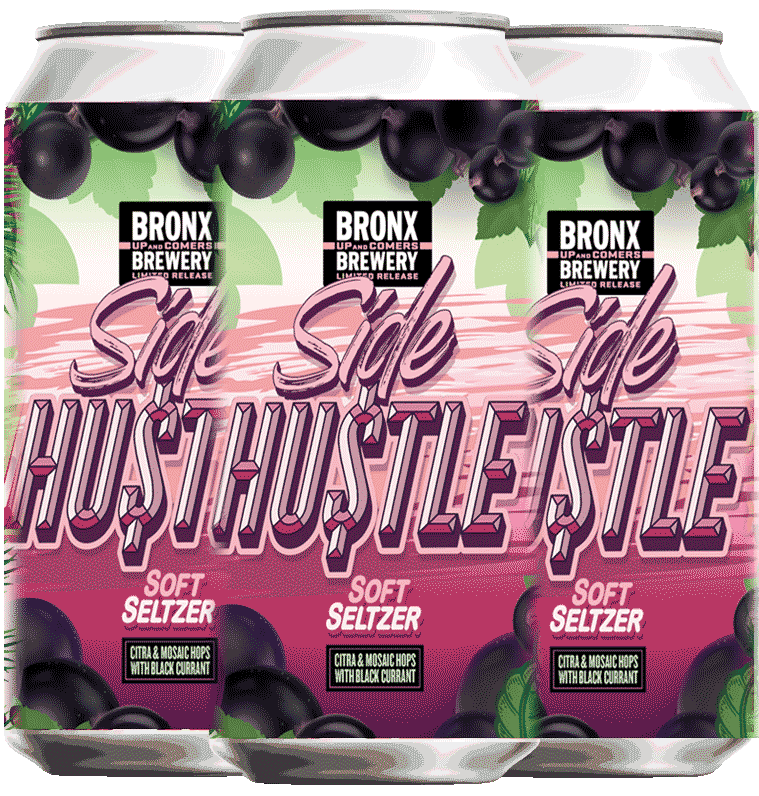