The Return Of Das Bronx

Our brewers had Aug. 21 circled for months.

They say that if you really want to know the best beers a brewery makes, ask the brewers. And one by one, when you’d ask, a few kept coming up.

One more than most.

So when Das Bronx — our Oktoberfest-style lager — finally dropped, it felt a little bit like a holiday. (And even more when it hit the 70’s over the weekend and we could finally walk around outside without our eyebrows melting off)

To really drive that feeling home, we had @TheBronxer — who designed Das Bronx’s signature label — on hand to go behind the scenes on canning day. If you don’t know The Bronxer, aka the BX’s own Alex Rivera, click here. But we have a feeling that right now, like the rest of the borough, you may.

We brew Das Bronx as an Uptown spin on a centuries-old classic. A new take on tradition. True to its roots, with a Bronx boldness.

Made for the start of fall and available through October, it’s now a member of our Up & Comers series, where we pair up limited-edition beers with art from rising-star creatives.

So when we went searching for an artist, Alex fit perfectly. And when you see the can, you’ll know why.

Rivera’s piece combines a futuristic sci-fi look with a nod at Oktoberfest’s German roots, with ‘Yerr’ to anchor the art in the BX.

Click here to learn more about Das Bronx, and here to find where Bronx Brewery beer’s sold near you.

Click here to learn more about The Bronxer, and stay tuned for much more from one of the borough’s most promising young talents…including another collab on the way. 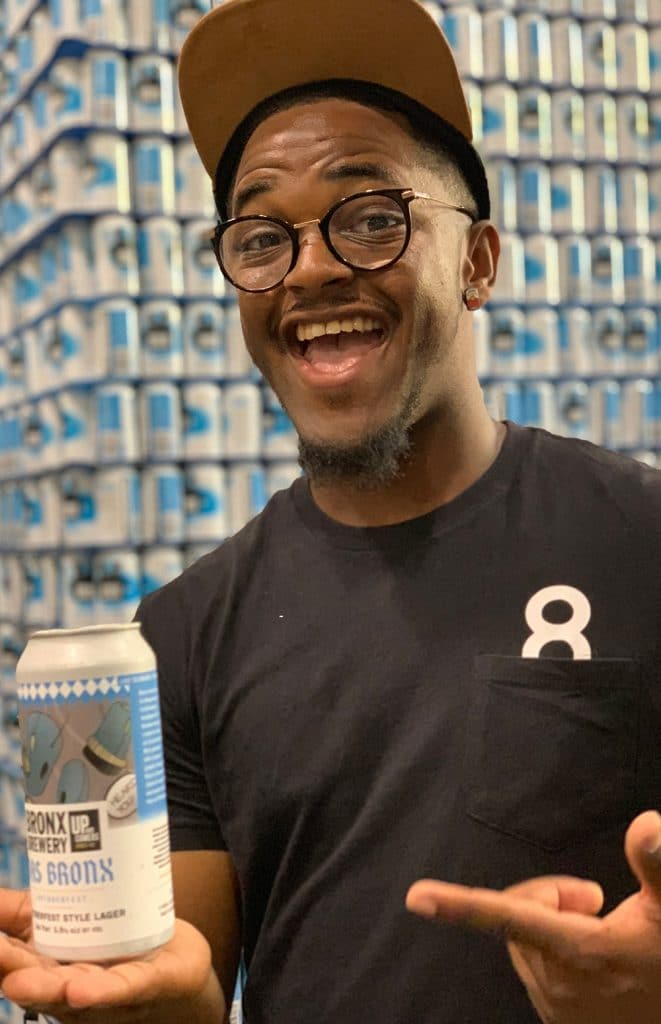